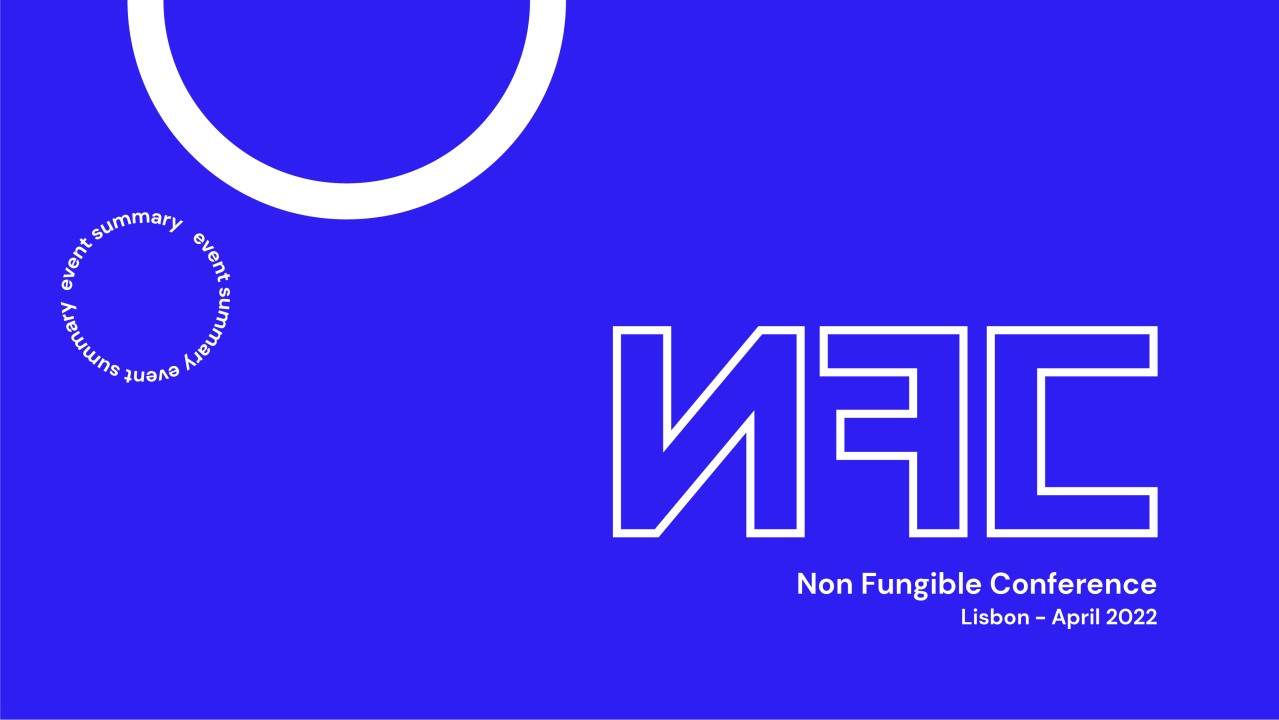 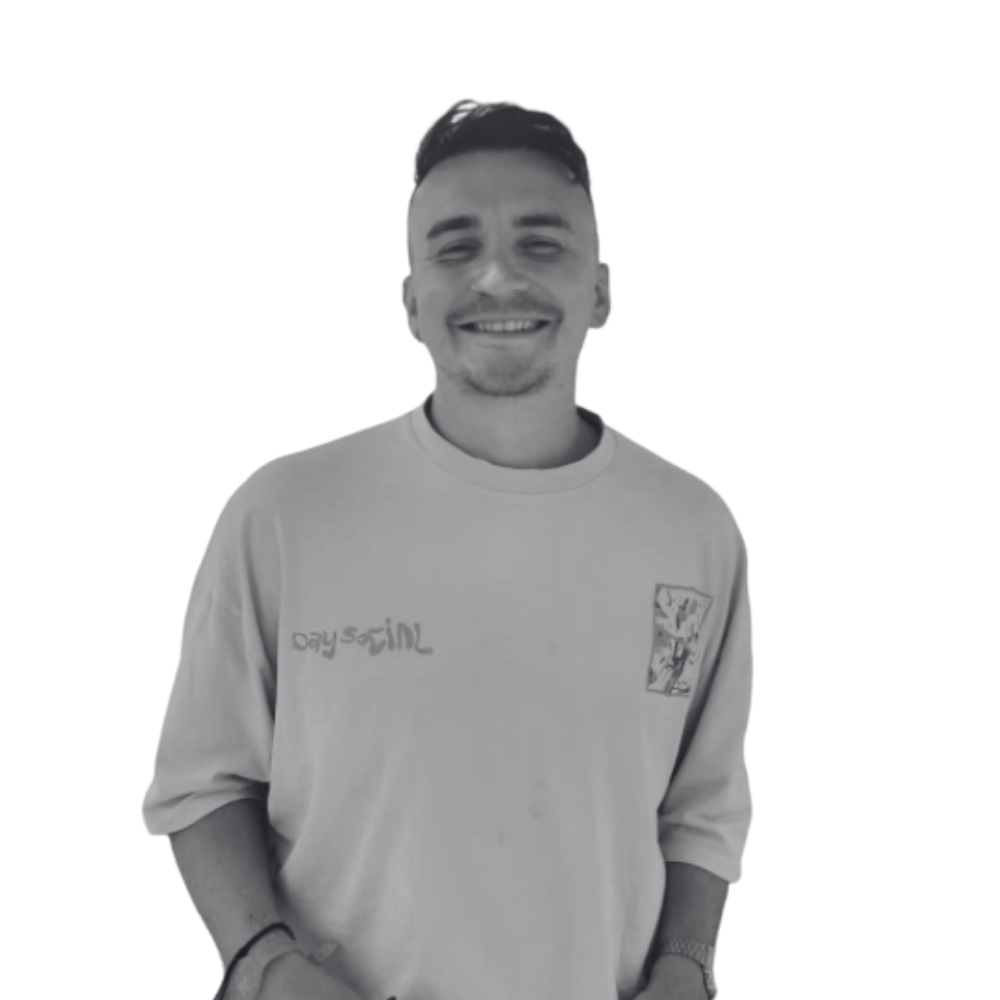 Didn't go to the NFCSummit? We've got you covered.

While everyone is dusting off the hangovers from a reportedly very epic afterparty, we touched base with our representatives to get their key outtakes from the two-day event hosted in Lisbon on April 4-5. We came across countless inspiring projects, interesting people, and obnoxious use of comic sans in keynote presentations, but we will let that slide. Here are some of the insights we would like to share with you:

Humans identify themselves by how they look. But within the metaverse, the opportunities to create an identity that matches you will become limitless. From race, gender, and even species, the identity that best resembles you is within your grasp. Wisely explore the therapeutic and professional features of this possibility and let it be a journey towards your most authentic self.

Social status without the impact

Most NFTs use the Ethereum blockchain, a commonly mentioned name in the crypto aficionados community. Dominic Eskofier, CEO at Cryptopunks shared that the chain’s annual energy consumption is comparable to that of global gold mining and the entire country of Holland - which made us think that yes, NFTs are indeed quite bad for the environment.

However, this is changing very quickly. ETH is addressing the issue by moving from a proof-of-work system to a proof-of-stake system, which is likely to reduce energy consumption by 95.5% by 2023.

Now that's out the way, let's imagine a world where the status of wealth wasn’t a luxury car using lithium from the mines in Chile or aluminium from Australia or phones made in child labour workshops. Close your eyes and picture yourself in an environment where you can show off your wealth with a digital Louis Vitton, or by drinking bottles of coded Dom Perignon.

Practical application of NFT within the metaverse.

NFT fashion with PFPs will change how humans identify and express themselves via the fashion they wear. It will be quite interesting to watch how this will translate to the metaverse. Although the metaverse offers a range of odd, funny, and crazy opportunities for users, none of this changes the core of our existence. We are still humans, which means that we share the same need to express ourselves. What changes is that social status in the digital is better for the environment than in the real world. Cars will be replaced with NFT as representatives of wealthy lifestyles. Beyond what your avatar will look like, the actual use case of NFTs will impose great changes to the concept of ownership.

How to use NFT’s effectively:

Davy Braun, an NFT Thought Leader gave some precious advice: you need to make it boring when working with brands and break down application to a dynamic as simple as  “your NFT is a thing for a purpose ” It might sound weird to advise people to keep it simple in such a complex era but this may be the key to success and to avoid drowning in so much stimuli. It can be quite challenging to detect verifiable scarcity in the hyper abundance of the digital world, that is why it is so important to keep goals and projections aligned when a company is implementing a novelty, such as NFTs.

We are reaching a point where one cannot simply deny the million-dollar question: how to make Web3 not a playground for the rich and famous? We perceive Web3 as a simple recipe that combines reading, writing and owning. More than that, it is a space for peer to peer interaction, so there’s no room for third wheelers in this context. What users should target is the creation of deeper connections that can bring more real, solid exchanges, silencing anonymity and removing some biases. In a more open-minded online space, it would be possible to remove what people could judge you for, without going anonymous, encouraging people to find the best strategies to put themselves out there as their own personas, not merely Internet users. In terms of interactions, Web3 totally differs from Web2 because it allows users to rely on the anonymity of not having to look like themselves, which can be quite positive in some scenarios such as avoiding prejudice based on looks (or color, which often happens) and dribbling trolls and hostile internet spaces.

Bridging the gap between reality and virtual

The key point with accessibility is related to making the path more straightforward. With NFT games, for example, there’s a great barrier to entry and users have a long checklist of items to cross off before actually hitting the play button. In most of the cases, they need a binance wallet loaded with crypto just to start playing, not to mention the other expenses within the game itself. Lots of games are ‘play to earn’, which brings a new possibility: entertainment is no longer making users spend time and money and it is, instead, opening possibilities for users to actually make a profit. This is groundbreaking for developing economies where people still struggle to guarantee a relatively comfortable income. Although this ideal scenario would be perfect if it was already suitable for reality, making expensive NFTs a requirement in this context is completely unreasonable and unachievable. So, yeah, it feels like we are still handling a playground for the rich and famous.

Community organized guilds (like cryptopia) were created as an attempt to address these issues with segregation within the NFTs world. It works like this: people who have money but no time allow peers to rent their digital assets to gain access to games - and whatever money they earn as players is then split however both parties agree. Win-win, right? Some games are trying to make adjustments to their whole digital environment to attract newbies who don’t understand the whole crypto wallet paraphernalia.

We paid particular attention to a visceral story shared by Inna Modja, an activist from Mali. Inna was raised by feminist parents that were ahead of their time, but that was not enough to change her fate. When she was 14, while both were at work, her grandmother’s sister forcefully took her to perform genital mutilation. Five years later, when she was getting closer to her 20s, Inna felt inspired to become a gender equality activist, as she now has to wear an intimate scar for being seen as “less than”. Inna is currently a member of World of Women, a community that embraces inclusivity, creativity and awareness. Her journey as a public figure helped her identify the issues rooted in her reality, which inspired her to go even further. Inna saw first hand how people from her country were suffering the effects of the climate crisis and paid particular attention to the fact that sub-saharan populations are even more exposed to these threats. That’s when a new idea came and she decided to also use her art to be an activist for climate change. She worked on a documentary with the UN, directed by Fernando Meirelles (from the famous City of God), entitled The Great Green Wall. The production uses music to tell the story of frontline climate change survivors, from Senegal to Djibouti and attracted over USD20 billion in fundings.

NFTs have opened a range of opportunities for disadvantaged artists around the world. Of course, to surf this wave, they need access to a computer and the Internet (which might be a limitation, in some cases) but, with that guaranteed, they have a new space to showcase their work without having to conform to traditional art vision and or idle talks of what valuable art is.

Artists who used to do commercial work they didn’t really enjoy now have the chance to make a living by truly bringing their own vision to what they do. The cherry on top is the reinforcement of having doors opened to presenting themselves to huge audiences who can see value in their art based only on their personal preferences.

What is an NFT exactly?

NFT are defined as non-fungible tokens that comprise a limited digital address or line of code and are linked to a digital asset. Sounds too complex to envision, we know, but you can think of it as a house someone owns. The deed is the NFT, the house is the digital asset. Having the deed on a piece of paper doesn’t guarantee that the house can’t be modified, renovated, rented out or - adding some tension here - burnt down. Similarly, think about the fact that living in a house or visiting a house doesn’t mean you own it. Now make a mental correlation that the house, in this metaphor, is an asset and the deed is the token.